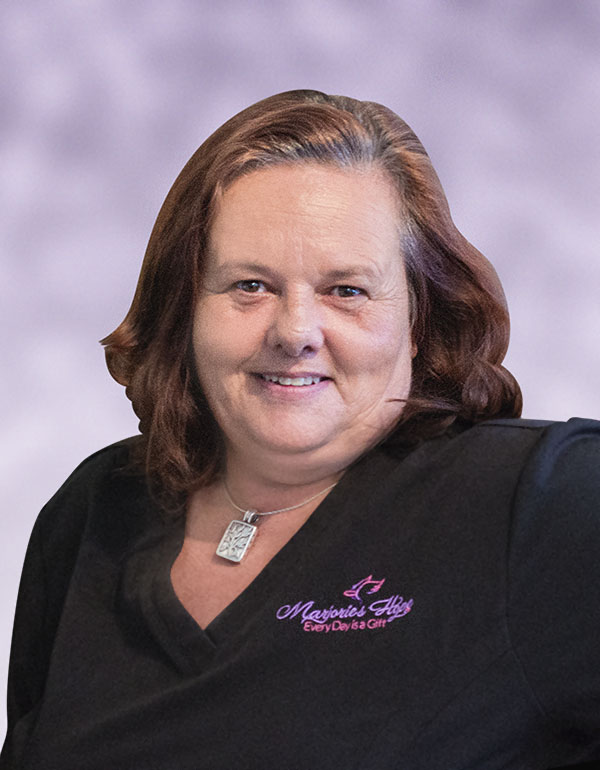 Debi grew up in a Civic minded family, as her parents were active board members with the local Lions and Kiwanis Clubs. Service to others via giving has been in her blood since her very first act of giving during a high school project in 1975. Debi was 15 years of age.

From that day forward, she became a volunteer for Health Rehabilitative Services (HRS in those days) annual Christmas Toy Shop. For the next 20 years, she continued to be an annual volunteer and years later included her children as volunteers.

In 1976-78 she was one of the founding Board of Directors for Seminole Mall's Teen Boards; hosting annual fashion shows, pageants and other stepping stones for young women to obtain college scholarships.

Year's later, Debi was nominated as President of Pinellas County Chapter of Children with Attention Deficit Disorder (CH.A.D.D.), she worked with the Board of Directors (BOD) of CH.A.D.D. National as a guest speaker for their National Conferences. The CH.A.D.D. BOD nominated her to serve as one of the first legislative delegates for the State of Florida in a grass roots effort to amend P.L. #94-141 (The Handicapped Act) to include other health impaired conditions.

This was a time in her life Debi taught her children the importance of "Freedom of Speech", "Lobbying" and the powers behind one voice. Her children often traveled to Washington DC with her to march on the Capital Steps and later in the day walking the halls of Congress to meet with a Senator and/or Congressman to further the voice and campaign of the grassroots effort.

Residing in a single parent Community, Debi returned to College in 1992 for her nursing degree and was elected by the resident community onto the Program's Board of Directors as the resident delegate. During that term, she recognized several moral and ethical wrongs taking place by BOD members. For the next year, Debi privately initiated a campaign with the residents of the program gathering evidence to correct the violations via public exposure of the prejudice taking place against women. With the assistance of the local National Organization of Women, the American Civil Liberties Union, The Washington DC Offices of the Housing Urban Development (HUD) and notarized statements from many of the residents being violated, several BOD members lost their positions – the director of the program was fired, staff members from the local HUD offices lost their jobs and more female BOD members were elected from the business community onto the Board.

However, this private campaign against many who lost their jobs and careers did not come without a huge personal price to pay through retaliation. Two years after other staff lost their jobs, Debi was arrested for "Public Assistance Welfare Fraud" (stemming from a son who was receiving SSI for disabilities) in which she was found Not Guilty in less than 22 minutes of the jury deliberating.

Debi, reflecting on the incident, "In retrospect, would I have embarked upon and traveled the same road knowing the outcome of being falsely accused and arrested? Absolutely, YES! Why? Because it is who I am and what I am. An advocate for others; women, children, minorities, disabled and economically disadvantaged. It is my personal belief that God gave me this voice, the courage and the knowledge to recognize and the ability to recruit, when others are in need of help and do not know how to stand up for their rights."

It was always Debi's thought to one day give back to children living within her community in the same way many others gave to her children when they lived as a single family in transitional housing, attended nursing school, received the assistance of HUD, food stamps, donated holiday meals, backpacks and beautiful gifts under the tree. which lead to the creation of the Back to School Program and Bunco for Backpacks fundraiser that continue to bless families with backpacks filled with school supplies that they desperately need.