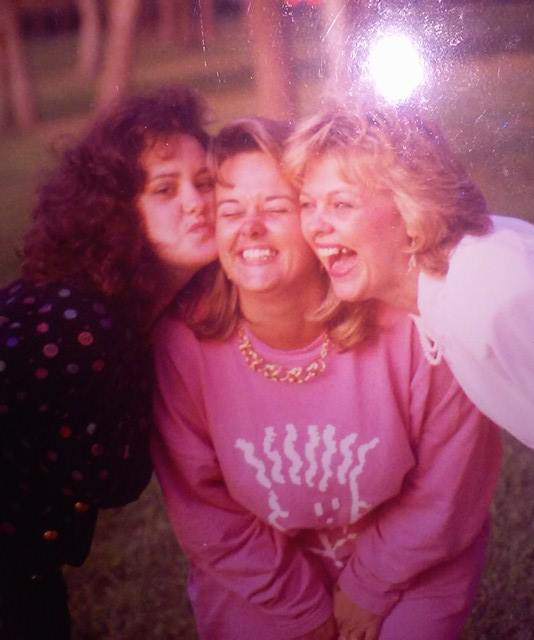 Since 1997, before the founding of Marjorie's Hope, Debi has been blessed to be able to give back every year to children in need. In the earlier years, the donations were mostly crayons, glue sticks, pencils, etc. Since most others choose their giving during the holidays, she focuses on the back to school season.

However, after all the backpacks had been delivered, for the next 3 days Debi's telephone continued to ring from teachers, school resource officer's and/or social workers asking if there were anymore backpacks available. When the phone finally stopped ringing, 70 more backpacks were needed. She realized her personal budget could not afford any further donations for that year, however, with proper planning for the next year, Debi created a fundraiser that would allow for donating 169 backpacks. This was the creation of the first Bunco for Backpacks fundraising event; which took pace in the private home of dear friends and earth angels Rita and Steve Jensen.

The first year (2012) 54 people attended "Bunco for Backpacks" and approximately $1,200 was raised (plus private donations and supplies). Target Superstore (Suncoast) also contacted Debi and asked to co-partner this event. That year, approximately 250 backpacks were donated to children living within Pasco County with approximately 65 volunteers.

The following year (2013) the Bunco event moved to Seven Springs Golf and Country Club, where Wendi McAnn, Club House Manager, donated the Country Club's beautiful facilities to host the event. Approximately 147 people attended the 2nd year's event and almost $8,000 was raised. With the assistance of 90 volunteers working two evenings, 446 backpacks were donated to children in need in Pasco and Hernando Counties.

In 2014-2015 school year our goal of 500 backpack donations were exceeded when the new goal reached 653 backpacks with the assistance of 200 amazing volunteers. This year's goal has been increased to a new level and a record number at 1000 backpacks, school supplies, basic hygiene products and healthy snacks.  Without the co-partnerships of Target Superstore #2209 (SunCoast) and staff, Kathy Steiniger, the West Pasco African American Club, John Gillis at Friendly Kia Dealership, Chellie Fontaine at 106 radio station, the Jensen Family, Wendi McAnn, Richard Hayes, Robin Stafstrom and the staff from Digital Lightbridge, Junior Service league (JSL), Knights of Columbus Council, Capstone Insurance,  Andrea Orndorff, Angie Gardner, Stephanie Clarke, Lori Morrison, Latricia Stevenson, Jessica Meek, Kim Wiley, Robert Brownridge, Doris and Jim Slaton, CJP and Ear, Nose and Throat Associates with so many other volunteers and private donors from this amazing community who share the vision of helping children within this community, this event and ongoing efforts would never be possible year after year.

This year in August 2015, close to 100 volunteers gathered at Hudson High School to fill 1305 backpacks with school supplies and personal hygiene items. This was an exciting year for Marjorie's Hope. Not only were we able to provide for a record number of backpack giveaways, we were blessed to be introduced to a new volunteer, Jim Sonsalla. Jim was influential in coordinating a co-partnership between Marjorie's Hope and two national companies: The 3M Corporation and the manufacturer for ColorPrism erasers. As a result, the 3M corporation donated 1305 string backpacks filled with many "extra's" that were enjoyed by school age children and the manufacturer of ColorPrism erasers donated 5000. Jim continues to reach out to our organization to share his huge idea's already in the making for Marjorie's Hope and continued growth in assisting us to reach our 2016 backpack goal of donating 1700 backpacks. Once again, 2016 was a year of growth and milestones. Marjorie's Hope officially received their Not for Profit 501 (3)(c) status. It is with great pleasure, that I extend a special word of thanks to Duggan Cooley. Without Duggan's assistance and guidance, I am not sure we would be a not for profit today.